The Starlight Children’s Foundation – what do they do?

Since being formed in 1988 this Australian Charity has brightened the lives of seriously ill and hospitalised children and their families in Australia. Living with illness or injury can cause enormous strain in the lives of children and their families. The pain, loneliness and isolation that sick children feel dominates their lives, and they often miss out on normal experiences that healthy children take for granted. Starlight provides programs integral to the total care of seriously ill children – while health professionals focus on treating the illness, Starlight is there to lift the spirits of the child, giving them the opportunity to laugh, play and be a child again.

What have Captain SOHO and Smart On Hold done to raise funds so far?

Captain SOHO ran the 5km Bridge to Brisbane 2014 along with the rest of the Smart On Hold team, all for this amazing cause & to raise awareness … Here he is with his other Super Hero pals:

Watch out for the teams efforts in 2015 … We are sure we can get Captain SOHO to squeeze into his lycra again.

Mother’s Day Classic’s overall contribution to breast cancer research since the event began in 1998 is a staggering $19.8 million, making the event Australia’s largest funder of National Breast Cancer Foundation research. In that time, 5 year survival rates for women diagnosed with breast cancer has increased to 89%. But, with research, more can be done.

The office team completed 4.5km run – with great timing, on Mother’s Day. We have been personally touched in the Smart On Hold  office by Breast Cancer so feel passionately for this charity to be our first fundraising event of 2014!

Smart On Hold raised $1000 & matched it dollar for dollar with another $1000! Donating $2000 towards Breast Cancer Research through the Mother’s Day Classic. 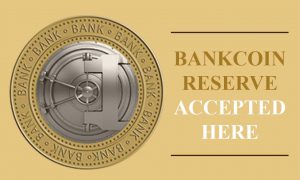